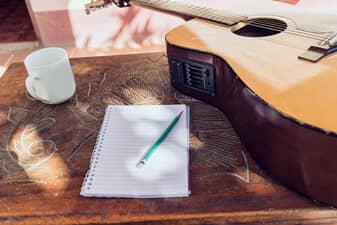 First, the cold, hard truth: your first tour is not going to make you famous. Your first tour should not be six weeks of hardcore driving and shows. Your first tour will probably break up your band--that is, if you don't do it right. Touring is not an easy thing to embark upon initially, especially when you and your bandmates are doing all the work yourself, from booking to driving to promotion to playing the show. However, with a few tips from seasoned industry veterans, you can avoid some common mistakes and make it a little less painful the first time you hit the road.

If you've never been on tour before, don't try to book yourself into frenzy. Start out with a weekend or a week's worth of shows. A month on the road is way too long for a band that has never spent 24 sleep-deprived hours a day together while crammed into the back of a van. Heck, two weeks is too long. Start small and don't overestimate what you are capable of, because it will backfire.


Avoid cities like Los Angeles, New York, Nashville and Chicago unless you have a home base or a way to draw people to shows there. These cities are notoriously difficult to book, and even if you do find a gig, it's not likely to be a good one. In the industry, these markets are known as "resume builders." You gain little from playing them besides a cool show listed on your "past gigs" page.

Aim for smaller markets where you can actually make an impression on the locals. Never overlook suburbs or small towns that are on your tour route for the chance to play a big city. These smaller towns will have less competition and will often be more receptive to newer acts because they don't have touring bands clamoring to play their clubs. Think of it this way: would you rather play a side stage at Lollapalooza while 30,000 uninterested people trickle in the gates to wait for Radiohead, or would you prefer to snag the prime spot on a small town bill where 200 locals are aching to rock out with you?

Even on the shortest tours, budgeting is key. Whether you plan to be on the road for a quick weekend or a ten-day haul, a budget can save you and your bandmates a lot of stress. It may seem trivial for shorter tours, but it's not. Expenses add up very, very quickly. Are you ready to pay out of pocket to go on this tour? Are your bandmates? If the answer is no, then you need a budget. Research gas prices in the markets you will be traveling. Remember that gasoline can be double the cost you're used to in a different area of the country. Figure out how many miles your tour vehicle gets to the gallon, then figure out how many miles in total you will have to travel on your tour. Do the math. Be prepared for that number, and realize that in order to break even you will have to make at least that much from your gigs and from merchandise sales.

Don't forget to factor in expenses like food, gear or vehicle repairs, and booze. Most young bands go into a tour with an "everyone for himself" vibe about things like these, but this is where comradery will actually pay off. Imagine, for a second, that your drummer's last paycheck bounces two days into a seven-day tour. All of a sudden, he has no money to eat. You have two choices: either let him starve or pay for him out-of-pocket. If meals had been budgeted into the tour, you wouldn't have to worry about whether or not anyone will go hungry--or whether anyone will grow resentful over having to financially support someone else in the band.

When you're scheduling and routing your tour, you absolutely must pay attention to the drive times between show cities. Often overlooked, the travel time between gigs can make or break a tour. No one wants to play a high-energy set after spending twelve hours straight in a van. Long drives can ruin a show by exhausting you and your bandmates and crippling your ability to perform. You might all be dedicated musicians, but you are not superhuman. Allow ample time for relaxation before and after getting in the tour vehicle.


In the tour booking days of yore, self-booked artists would have to sit down with maps and atlases, struggling to estimate travel times. In the age of the Internet, Google Maps makes that problem vanish. You can plug an entire tour's worth of cities into Google Maps at once and get fairly accurate drive times--for the whole tour and between each individual city.

As a general rule of thumb, you should keep all drives under six hours. This helps curb exhaustion behind the wheel and on the stage, as well as the inevitable cabin fever of being crammed in a van with a band's worth of gear and a bunch of other people. Longer drives are indeed possible if the gig merits it, but they should be rare.

You've never been to City X before and have no draw, so why should the booker at Club X want to put you on a bill? Talent buyers are out to make money for the establishment, not to help out an up-and-coming young band on their first venture outside their hometown. Certain smaller clubs will take a chance on an out of towner if they really like the music, but your best bet lies elsewhere.

With the Internet as a resource, start looking for bands in your target markets that would fit well with your music. Use ReverbNation or Facebook to look for other artists in a city you want to travel to. If you know of a venue that you'd like to play, look at their online calendar and find an incomplete bill that suits your band. Then, contact the bands on that bill and strike up a conversation to see if they'd be willing to have you open for them. Always offer to do the same in return when they make it to your hometown. This works in two ways: it saves you the trouble of pestering a talent buyer who is probably already inundated with requests to play the club, and it guarantees you new friends and fans in the audience at your show.

Professionalism on a first tour cannot be overemphasized. Show up on time, load in as per the club's instructions, be efficient with your set up and tear-down, don't play past your allotted set time, watch the other bands' sets, tip your bartenders and waitstaff, and be polite. Good manners and a professional attitude may not go a very long way off the bat, but bad manners and a lack of professionalism will surely come back to haunt you.

Remember that everyone you encounter in a venue--whether they are patron, staff, or owner--is a real, live person who will form an opinion of your band. The soundman is not there to listen to you rehearse, so don't waste his time during your soundcheck. The bartenders are not fans of your music, so tip them--yes, even on your comped drinks. The regulars of the bar may not be there to see your show, so don't berate them into watching you play or buying a CD. Creating a good relationship with a venue means creating a good relationship with the people at that venue.

Organizing and going on your first tour will feel both exhilarating and overwhelming at times. It can be a week of great fun and great music, while also being a week of stress and exhaustion. However, if you plan ahead and make sure that you're putting all the pieces in the right placesbefore you hit the road, you and your band are a lot more likely to make it to tour #2.