Home > Articles > Music Composition > How to Write a Children's Song

How to Write a Children's Song 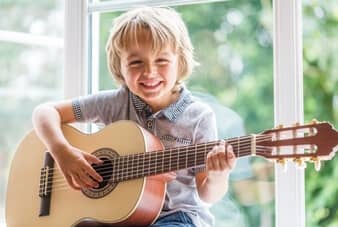 If you think writing songs for children is an easy option, think again. Children’s songs may not contain the sophistication of other forms of music, but they still present many challenges to the composer. In fact, their simplicity is one of the main factors to overcome. The writer needs to inject humour, fun, memorable words and catchy melodies in a limited space, using basic musical material. However, by keeping a few key ideas in mind, composing a children’s song can be a successful and enjoyable project.

One important aspect of children’s songs is the use of repetition. In the same way that children are taught the alphabet, or how to count, presenting the same material over and over again helps children to remember and recognise - essential factors in creating a successful song. Think of “Twinkle Twinkle Little Star” with its repetitive lyrics and ABBA phrase structure, or the use of variation within a repeated verse in “The Wheels on the Bus”. Use repeated material often - in the lyrics, notes, phrases, themes - and help your song become instantly familiar.


Any song that invites a child to get moving is sure to be a winner. Traditional songs such as “I’m a Little Teapot”, and “If You’re Happy and You Know It” have been popular with many generations of children. However, it is important to make sure that the actions you choose are appropriate for the age of the target audience. Children under twelve months old, for example, will have difficulty with anything that can’t be done sitting down!

For slightly older groups, incorporating shouting can be a fun technique. Children love to make a noise, especially when they are encouraged to do so. Think of “Pop! Goes the Weasel”, or the modern version of “Row Your Boat” - its final verse of “If you see a crocodile, don’t forget to scream!” never fails to entertain.

At pre-school age, children have a very narrow singing range - generally between middle C and the G above. As they grow older the range increases by a few notes either side, but as a rule, vocal melodies for children should be easy to sing. Large leaps between notes should be avoided, unless this is a feature of the song, as moving in steps and small jumps will create a more ‘singable’ song. Consider “Three Blind Mice”. At first the descending stepwise pattern of “Three blind mice, see how they run” presents no problems. But many children have difficulty singing the later lines as they move a whole octave higher than the lowest note. 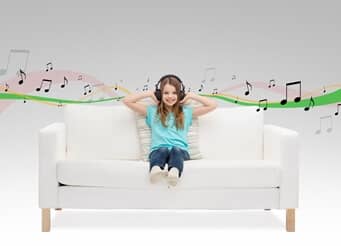 For young children, major keys are almost always the best choice. They create a sense of happiness, familiarity and comfort, and will match the unchallenging, simple subjects of the songs well. Slightly older children can be introduced to minor keys. Themes such as villains, scary situations or strange characters can be fun if presented in a non-threatening way, and used skilfully, minor keys can convey this sense of safe menace. Listen to some of the ‘baddies’’ songs in Disney films, such as “Poor Unfortunate Souls” from The Little Mermaid, or “Kill the Beast” from Beauty and the Beast for examples of potentially frightening material being handled appropriately.

When deciding on a subject for your song, your biggest inspiration is your own childhood. Think back to when you were young. What were you curious about? What made you laugh? What did you find boring? If you find it hard to remember, look at old family photographs for a visual reminder. Seeing yourself as a five year old on Christmas Day might just give you the memory you need to write a song about opening presents. If all else fails have a look at education websites for information on what children are learning about in school. Generally, songs that feature animals, the weather, transport, actions, emotions, or other subjects that are universally interesting to children offer a wealth of possible topics for songs.

But perhaps the most important consideration when writing a children’s song is to remember who your audience is. No child will be impressed by ingenious chord progressions, clever modulations or complicated lyrics. Keep it simple. Keep it fun. Children are well known for being harsh, honest critics. If your song falls short, you’ll know about it soon enough.